Why is it so important?

Colorectal cancer — cancer of the colon and rectum — is the second leading cause of cancer-related deaths in the United States for both men and women combined. The general population faces a lifetime risk for developing the disease of about 5 percent, while someone whose family has a history of colorectal cancer has a 10 to 15 percent chance of developing the disease. The risk rises to over 50 percent in people with ulcerative colitis and those whose family members harbor specific genetic mutations.
Approximately 140,000 new cases of colorectal cancer will be diagnosed and 56,000 people will die from the disease this year. Surpassing both breast cancer and prostate cancer in mortality, colorectal cancer is second only to lung cancer in numbers of deaths in the United States. Colorectal cancer strikes men and women with almost equal frequency.

What are the symptoms?

Colorectal cancer is often a silent disease, developing with no symptoms at all. When symptoms do occur they may include the following:

If you have any of these symptoms for more than two weeks, see your doctor or health professional immediately.  While not everyone who has these symptoms will have colon cancer, persistance of these is not normal and requires additional investigation to determine the underlying cause.

Can it be prevented?

YES! Polyp-related colorectal cancer can be prevented. The disease develops from benign polyps (mushroom-like growths on the lining of the colon and rectum). Removing these polyps before they become cancerous may prevent cancer from developing.

A low-fat diet, high in vegetable and fruit intake, and regular exercise can also lower your risk of developing colorectal cancer. Colorectal cancer can be cured in up to 90 percent of people when it is discovered in its early stages. It is estimated that approximately 40,000 lives a year could be saved through widespread adoption of colorectal cancer screening and early treatment in men and women.  View the video regarding Polyps now for additional details.

Who is at risk?

Alaska Native women have the highest mortality from colorectal cancer of any other racial and ethnic group in the United States.  Watch the informative video regarding questions you might have regarding hereditary questions related to colon cancer.

How do I get checked for colorectal cancer?

Current screening methods include fecal occult blood testing (a simple chemical test that can detect hidden blood in the stool), flexible sigmoidoscopy (a visual examination of the rectum and lower portion of the colon, performed in a doctor’s office), double contrast barium enema (barium x-ray), colonoscopy (a visual examination of the entire colon) and digital rectal exam. Virtual colonoscopy, or CT colonography, is also being used in some specific situations, but is not recommended as a mainstream screening test as of this time. Colorectal cancer screening, including colonoscopies, costs are covered by Medicare and many commercial health plans. 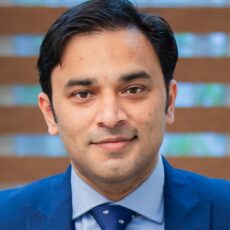